Did you know that 64% of consumers find customer experience more important than the price? Get the eCommerce marketing ebook for free.

How can I create a new release?

With the Release App you’re able to create multiple releases which can be scheduled independently. Imagine you want to prepare a specific change on your startpage and release it in three weeks. To do so you can create a release where your changes will life until you schedule them.

Creating a new release can be done by clicking on the “+ New Release” button. Next you want to give your release a name so others now what you’re working on. You can also already define the schedule for the release, if you don’t know it yet don’t select a date yet. 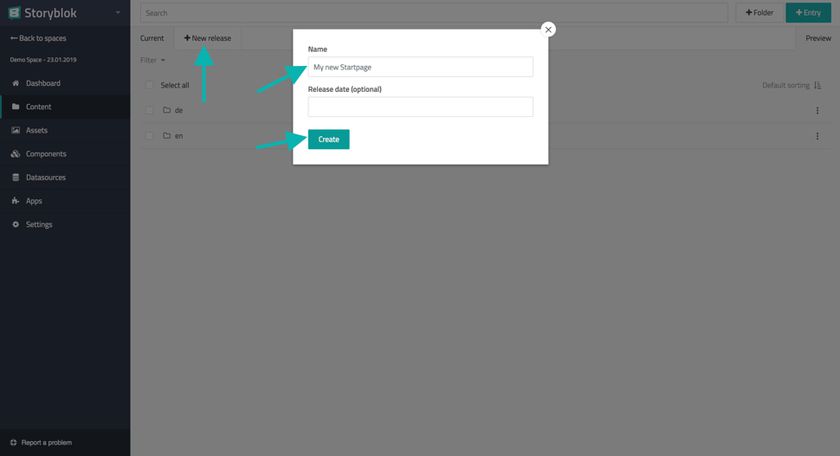 Step 2: Edit the entries you want to change

You can now navigate through the current tree of your content and edit the entries you want; You will notice that the Publish button now is called “Schedule” which will publish your changes in this one release and won’t schedule the whole release just now. Since you did not make any changes to your entries, checking “Show only items from this release” will result in no entries being displayed. Once you made your changes you can activate it to see which entries you actually changed. 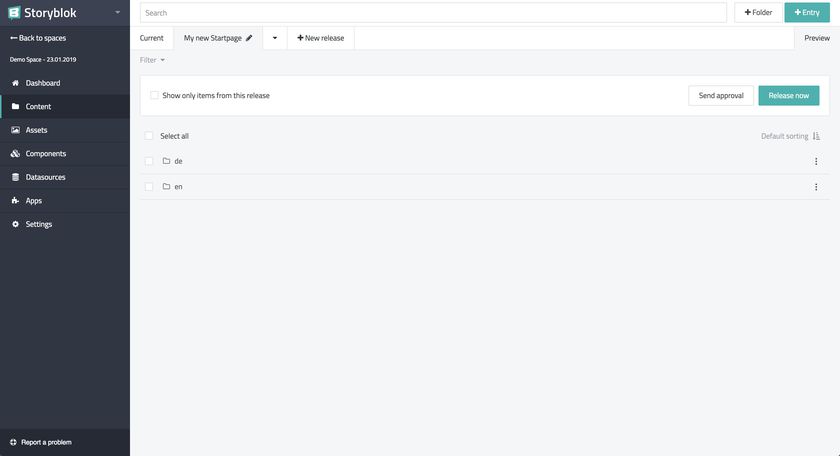 Before releasing, scheduling or approval make sure you’ve made your changes. To do so you can now check “Show only items from this release” to see which entries you actually changed. You will also see a badge on the right side of your entries that indicates in how many releases this entry is included with changes. 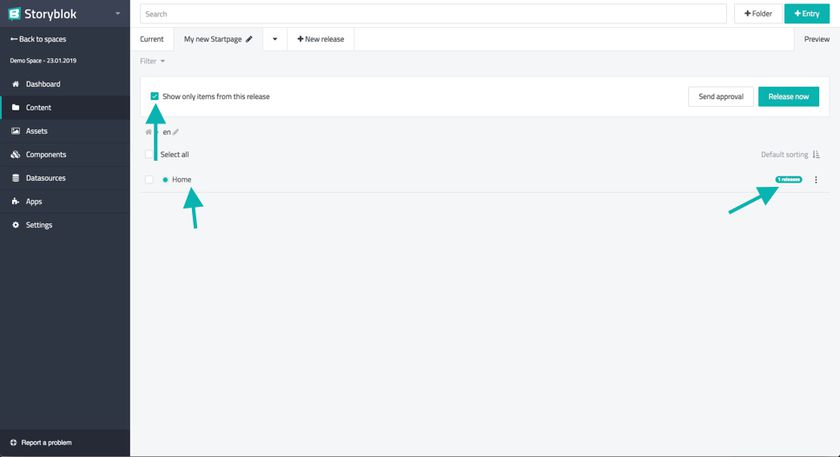 After checking your changes or sending an approval, you can now go ahead and either release your current release right now, or choose a scheduling date and time. Once released your changes will override the current published content. Only changed entries will be effected.

Click on the edit button next to your release name. In the overlay you can than select a date and time for the release. 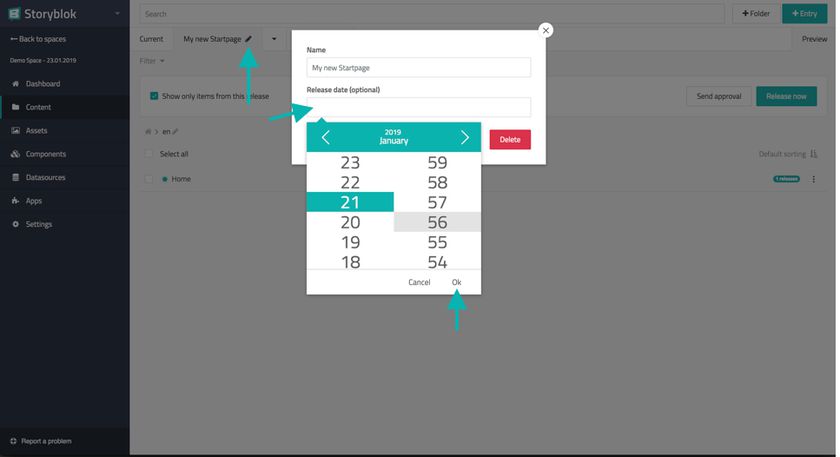 Click on release now to release without scheduling. This will bring your current release instantly back to your content stage. 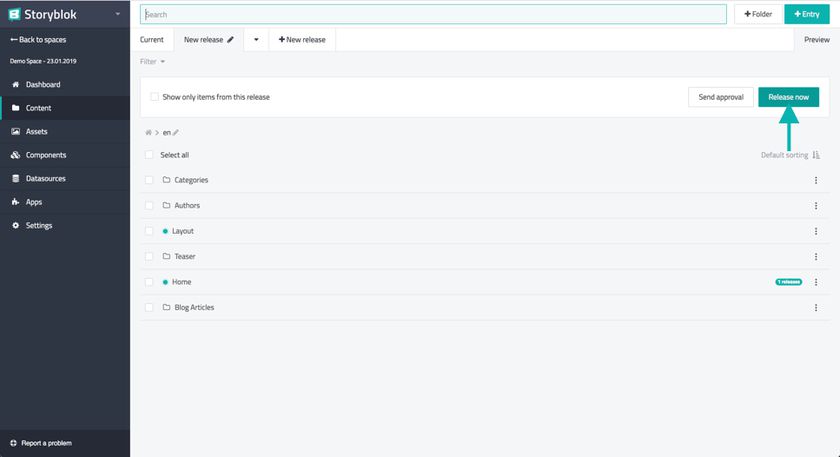 If you have are also using the Branches App and added multiple branches your release needs to be deployed to that branches too. Otherwise the release will only get released to the default “Draft” branch.

After you defined a release date of your release you need to go to the branch, click “Deploy” and choose your release from the list. 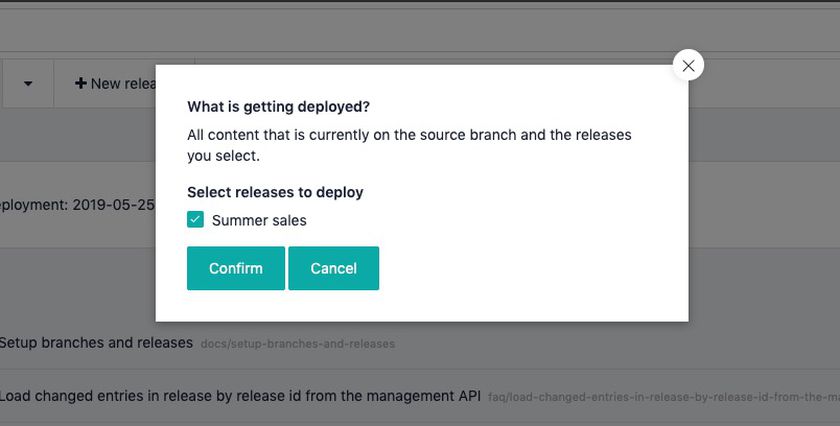