In this update of the Storyblok Version 2 Beta we implemented the following improvements:

Switch between V1 and V2

It's possible to switch between Storyblok V1 and V2 dynamically. 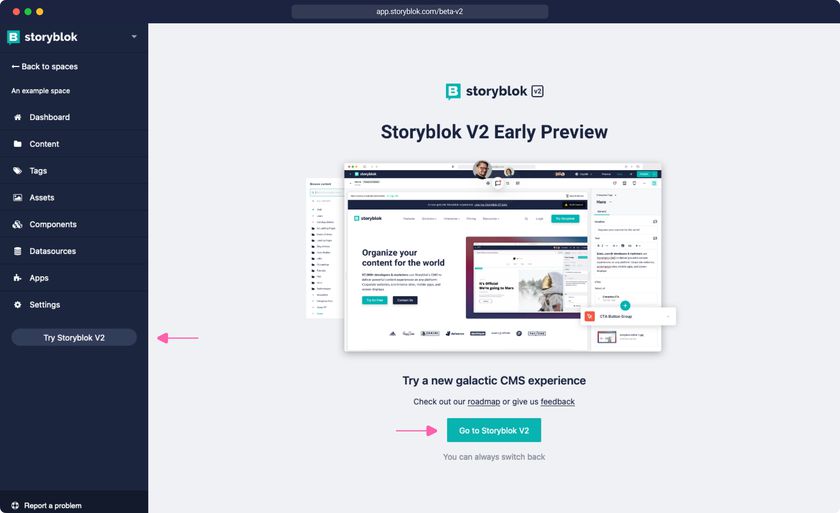 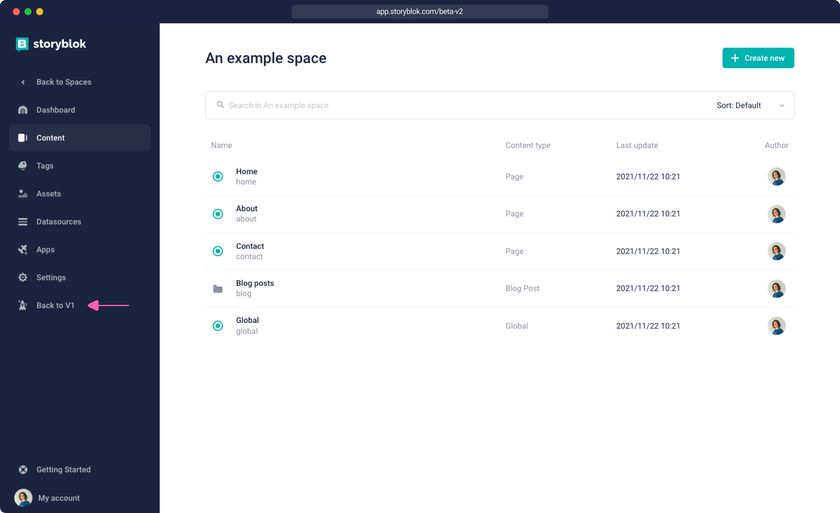 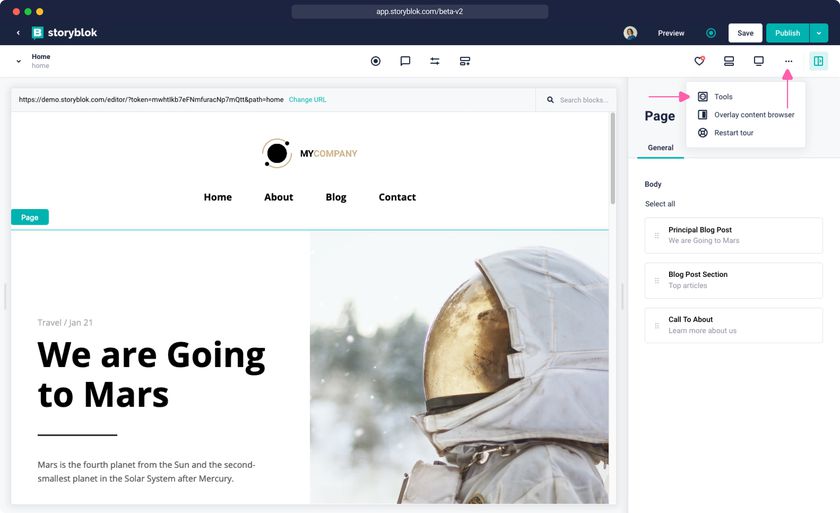 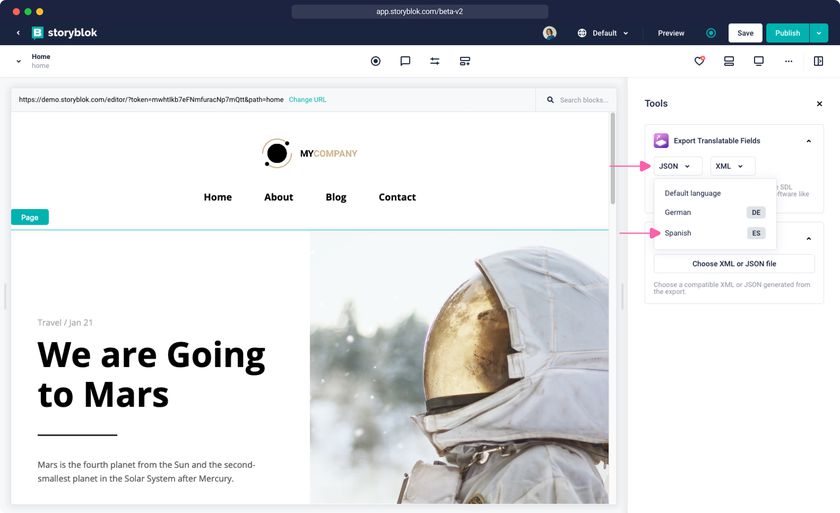 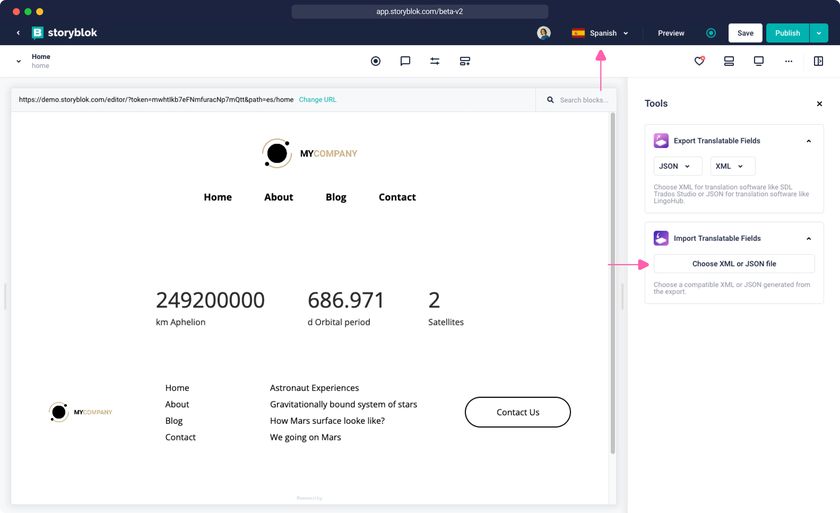 We added the possibility to mention other team members in discussions. If you mention them in a discussion, they will receive an email with a link to the discussion. 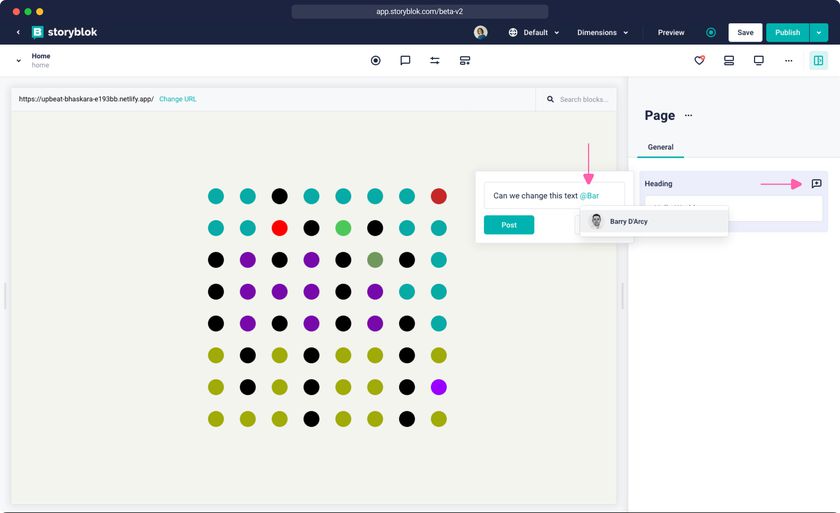 As a developer, it's now possible to edit specific fields directly by clicking the edit fields icon. 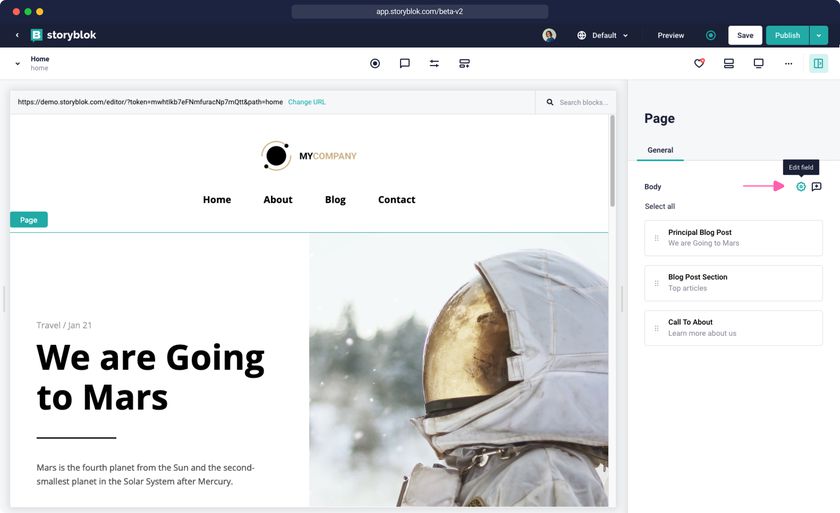 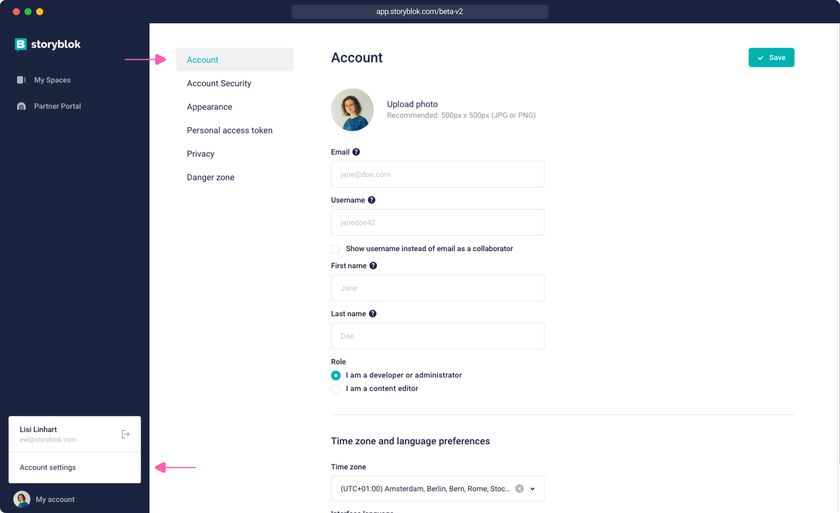 When creating a new account, you can now also create a demo space in version 2. 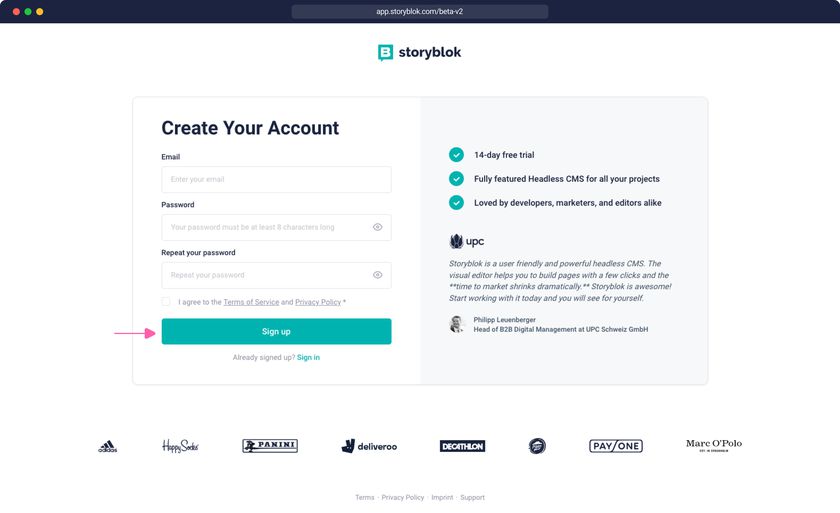 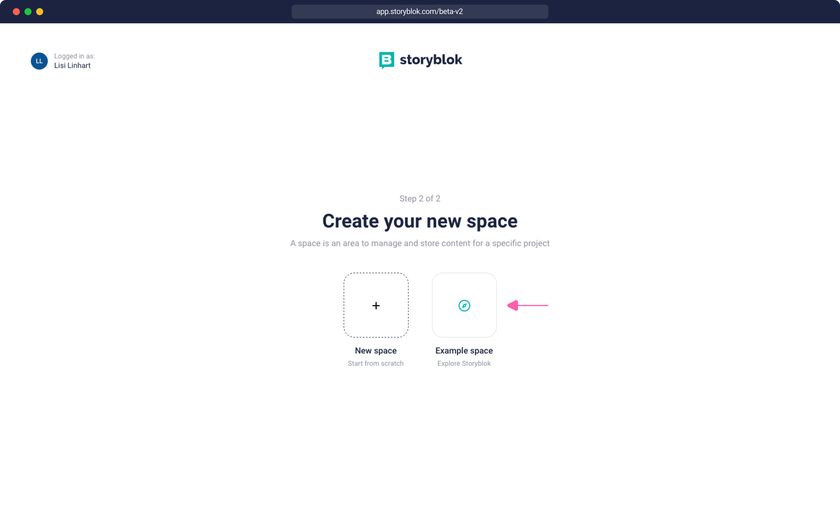 It's possible to create new stories and folders with the "Create new" button in the content overview, but also inside the editor with the "+" icon on the content browser. 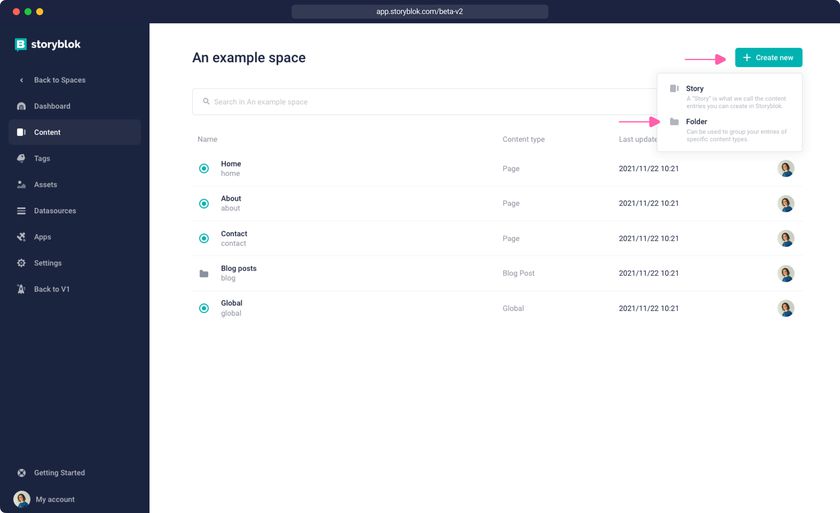 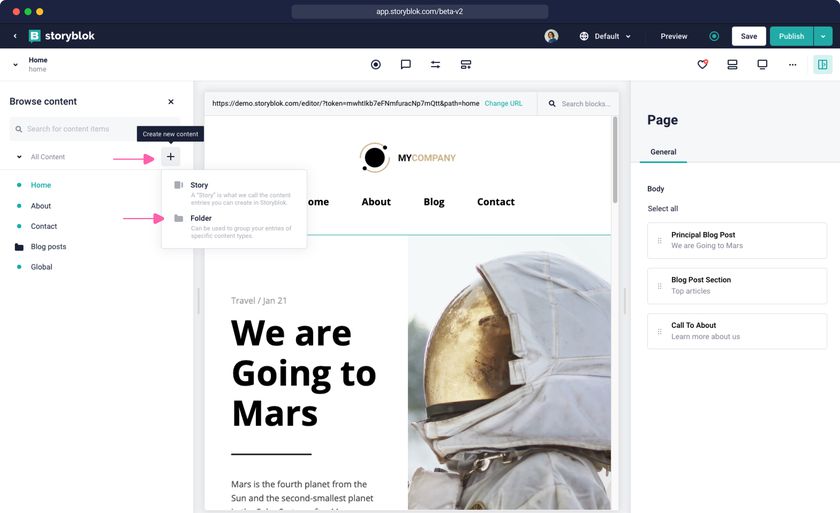 Some parts outside the editor are currently still in development, but you can switch to version 1 to use all old functionalities. 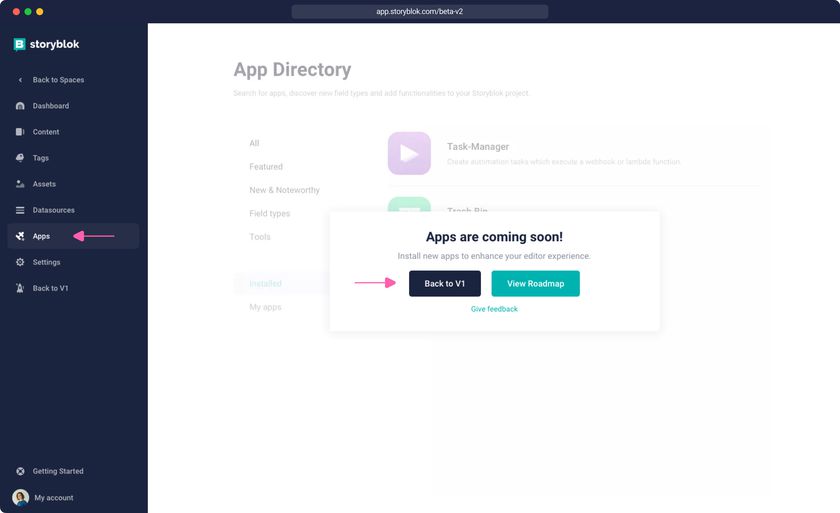