In this week's major update of the Storyblok Version 2 Beta we implemented the following improvements:

With this feature, it's now possible to use predefined icons and colors for blocks to make them easier to find. You can find this feature in the Block Library in the Config tab of a block.

If you defined screenshots for your blocks in the block or a preset, they should be visible when adding a new block. It's also possible to filter the list of blocks now. 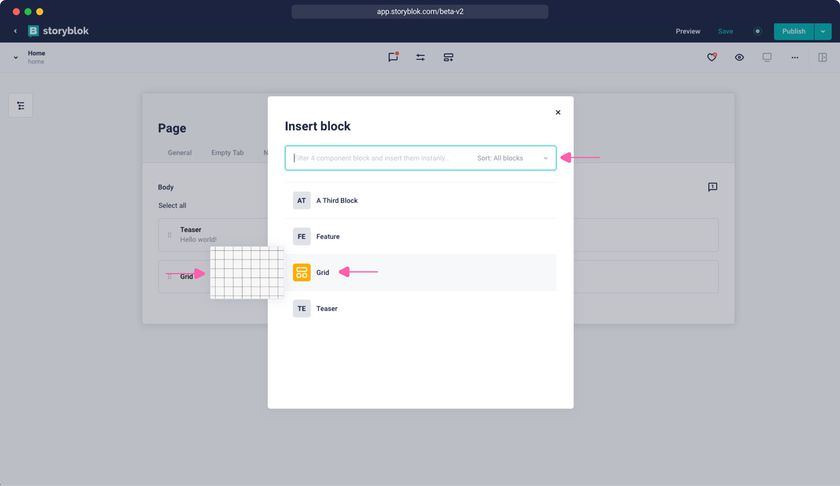