In this week's second update of the Storyblok Version 2 Beta, the following improvements were made:

The field-type group is now supported. If you have a field-type group, it will get its own tab and not be shown inside that tab where it is defined. If the group shares a field with a tab, the field will be shown inside the tab it's defined in instead of the group tab. The field type group has been available before we released the tabs feature and we recommend you to migrate all your fields to tabs instead of using the groups field. 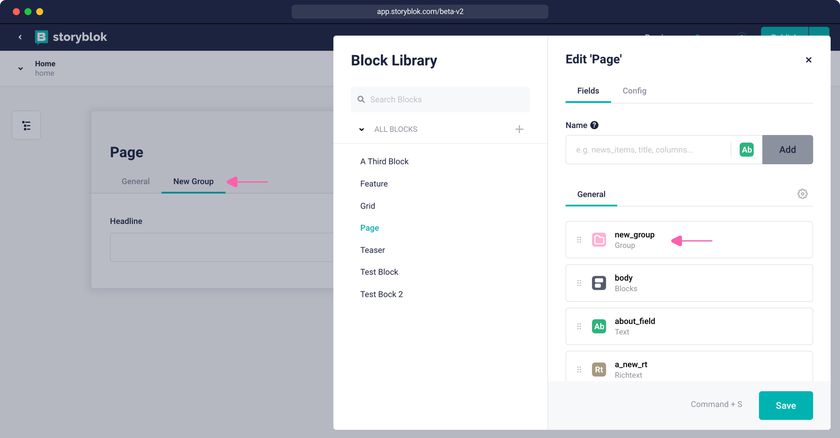 It's now possible to restart the onboarding tour inside the editor. 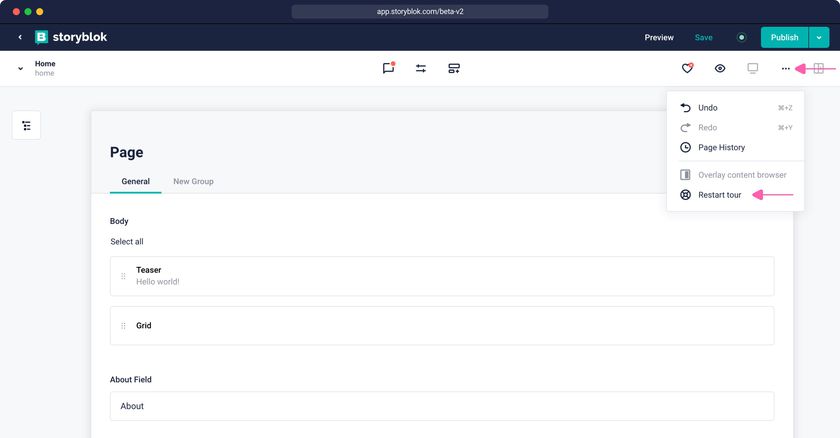 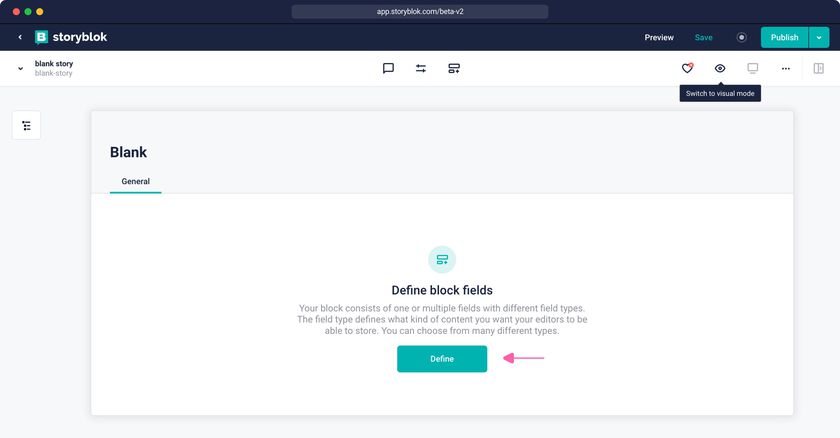