Add a headless CMS to Python/Django in 5 minutes

In this article, we will show you how you can use Storyblok using Python, Django, and Jinja2. At the end of this article, you will have a Python application which renders components filled with data from Storyblok.

During this article, for example, we will use following JSON which comes from the Storyblok API to render our first story:

We’re going to use the framework Django for this example as many the python developers are already familiar with this - if you’re not - we’re only using some basics of it - you can of course also have a look at the Django documentation.

You will be asked few questions - you can answer them like we did in the screenshot below.

You can now fire up your local environment - Make sure Django, Jinja2 and Requests are installed:

And start your local Python server on port 8000. It is also recommended that you use virtualenv to separate the Storyblok environment from other Python projects.

As Django suggest to not serve files with Django - so we’re using gulp as a proxy for the python server and also serve the static assets like css and js files this way - in production your normal webserver (Nginx, Apache, …) will serve those files.

If you’re now visiting http://localhost:8000/ you should already see the following screen:

The boilerplate already has the read-only access token to one of our test spaces. It already does the GET request and loads a full story of that space and displays the component “teaser” for you. You can find the source of that component in the “teaser.html.j2”. In the “root.html.j2” we will simply iterate through the body property and include the components according to the loaded json.

You’ve now already loaded a story from Storybloks API and rendered two components. Let’s have a look how you can change the text of the component you already saw and create new components.

Now that you have successfully integrated Storyblok in your project let’s create a “Story” in your own Storyblok space.

Both ways will start with the quickstart which will guide you through your first time creating a component in Storyblok.

Copy your preview token to receive the draft version of your content. The preview token is a read-only token and can be found in the dashboard of your newly created space. Insert your token at the end of the “settings.py”.

After adding your own token from your Space to your project - we will have to also tell Storyblok where to find our dev environment. For this we will navigate to the Settings of a Space and add the URL http://localhost:8000/home as a new environment.

The presentation layer for your component

The counter part to the component in Storyblok is right in your already downloaded python project. you can find the teaser.html.j2 in the /webapp/views/components/ folder. We’re using jinja2 for the templates - you can, of course, change this with any other templating engine you want. For this example that’s how the teaser.html.j2 looks like:

You see it’s nothing more then a plain html with a simple placeholder for the property headline. The only thing that differences to a “normal” HTML is the {{blok._editable|safe}} - in the draft modus of your component we will add a comment into your JSON so we can make a reference between your component and the sidebyside editor you will see in the next steps - combined with the script which is already included at the bottom of the /webapp/views/index.html.j2.

Try out to insert a text and click “Save”. Your component should now be updated with the new content. Next step is to repeat the steps above to configure more components. All you now need to do is to create those new components as Jinja2/HTML components. As you can see the Components in the right side are clickable - all you need to add is {{blok._editable|safe}} in your new component - as we already did in the “teaser.html.j2”.

If you need additional help - you can chat with us using the chat symbol at the right bottom corner.

Components in this Tutorial

Next: Learn about components

How thinking in components can increase your productivity? Components are units of code that are nestable, reusable and decoupled. They help you to don’t repeat yourself writing the same functionality or HTML tags multiple times. They ease the process of thinking because… 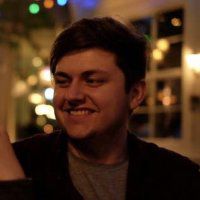