You’re able to create a new Release to bundle your changes so they won’t apply directly. Doing that allows you to prepare product launches or startpage changes. The content of a release can be accessed by appending the URL parameter from_release with the release id, as every release lives within the Preview Pipeline Stage you will still need the token for that Preview Pipeline Stage.

To setup releases when using the visual preview you need to check the value of the url parameter _storyblok_release and adapt your api calls to include the parameter from_release.

Example request getting a single content item from the release with the id 29: 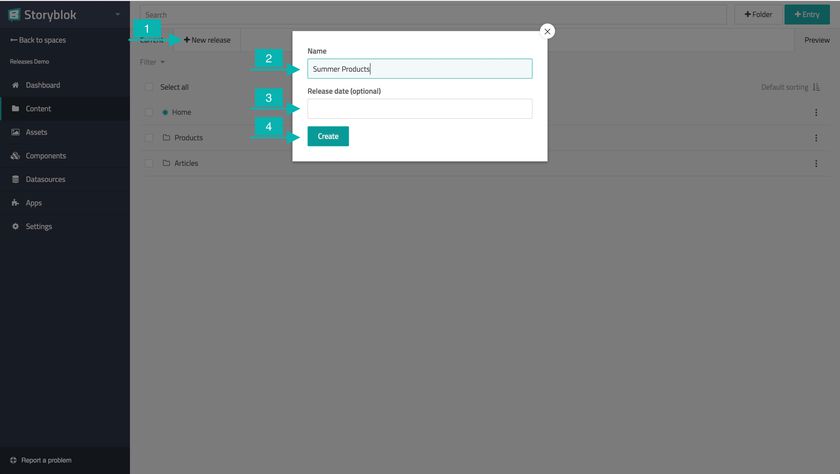 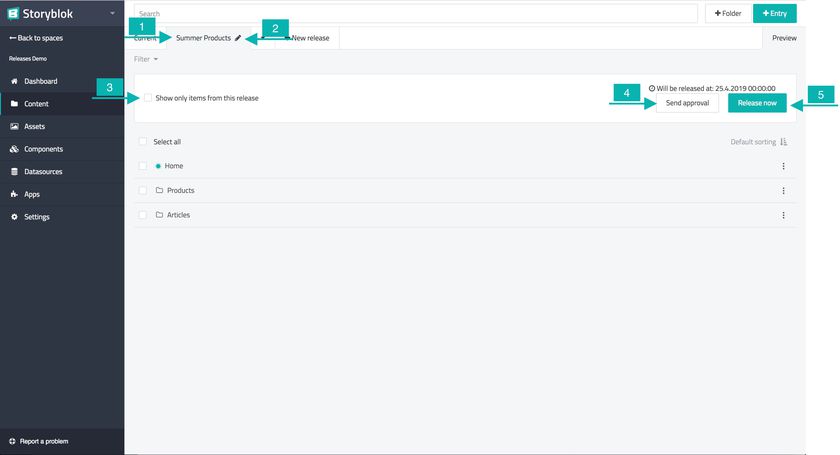 You can now work in the release as you would normally do in the default Preview stage. Your changes will not affect the Preview stage and therefore won’t be deployed on later Stages that use the Preview Pipeline Stage as it’s source.